Have you always been told that Paris is one of the most beautiful cities in the world? Well it is! But you should know that living in Paris has a cost. According to INSEE, Paris is 13% more expensive than the province! In Paris, for the same amount of money you won’t leave your favorite shop with as many items as if you had bought them in the provinces.

It’s a fact and it concerns (apart from a few details) all current expenses: your groceries, public transport (advantageous student fare)… 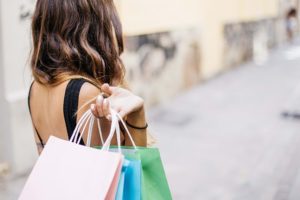 …your cultural outings, your outings with friends, your doctor’s appointment… Be prepared to pay an average of €6.80 to sit on the terrace and sip your pint of beer.

Accommodation is also an integral part of the expenses you will incur. Why do we insist on this sector? Quite simply because it is the most affected with a huge difference between Paris and the province: a Parisian will pay almost 50% more for his accommodation than a provincial, and if you don’t know it you risk falling down! For a room in a private home, count about 20% more to be accommodated in Paris.

On average, a student will pay €830 to live in Paris and €672 to live in the suburbs. At Be my nest, we understand that it is difficult for a student to invest such a large amount of money… The average rent we offer in Paris is only 600€ for Paris and the suburbs! Your portfolio will thank you and the money saved will be used for your activities.

In short, yes. Living in Paris has a cost! But this cost is more than compensated by the beauty and richness of Paris, a city in which you will never get bored. Salaries are also higher there than in the provinces so that you can support all these expenses. Don’t hesitate to look at the Parisian suburbs, where prices are a little less exorbitant than in Paris (see What are the advantages of living in a Parisian suburb?).